I selected a number of books I read in the last year to review for this blog. They tend to lean toward historical novels with a sprinkling of multicultural ones. I am neither as prolific a reader as so many others, nor a literary critic, but as an author I am occasionally asked to review manuscripts. I can recommend these books as entertaining reads. 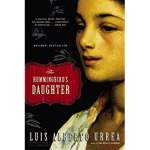 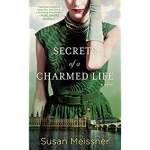 At the top of my assemblage are Secrets of a Charmed Life by Susan Meissner, and The Hummingbird’s Daughter by Luis Alberto Urrea

But before I say more, first a proviso: most of them are not recently published so if you are looking for new books I’m afraid by the time they make it to the top of my reading list they are no longer new!  Still a good book lasts forever.

The Hummingbird’s Daughter is an extraordinary tale, full of magical realism, based on historical facts and folklore. Teresita, the 16-year-old, illegitimate but cherished daughter of a wealthy rancher becomes regarded as a healer and saint.  Urrea breathes life into his three main characters: Teresita, Tomas and Huila… and secondary fictional characters like loyal Segundo seem genuinely real too. The stage is 19th-century Mexico as civil war is fermenting in Mexico. The time and setting swept me away, along with – in spite of – the social struggles of the indigenous people. I enjoyed reading the cultural elements, the food and even all the swear words “chingado, bruto, cabron, pendejo,” that I rarely heard in my youth growing up in Latin America. Some reviewers have not liked the sprinkling of Spanish, but it does not distract from the story; rather it enriches it, especially if you know even a few words. If not, don’t feel you’ve lost the meaning. On the publisher’s page is the standard disclaimer: “the characters and events in this book are fictional” but the author’s note in the back states “Teresa Urrea was a real person,” and a relative in author’s family.

Secrets of a Charmed Life – I’ve read SO many WWII stories lately that it took me awhile to pick this one up, but I did because it is by master storyteller Susan Meissner who wrote the Fall of Marigolds. Could she create another tour de force? –Yes and here it is. I found it hard to put the book down. It starts out full of hope and even joy, then fate leads us to heartache, but finally redemption. Here’s an excerpted bit of prose I found enthralling yet chilling, on the day the Blitz began (pg.147):                     “while London was going about its Saturday afternoon…hundreds of Luftwaffe pilots were climbing into their cockpits….the RAF pilots had never seen so many aircraft in the air at the same time… like a sheet of black across the sky…a (radar) WAAF couldn’t believe what she was seeing, “What is that?” … pointing to the monstrous cloud across the screen…Then the Dover radar picked up the giant shadow….oh, the chatter as they took to their radios to warn their brothers at arms that an armada from hell was streaking across the Channel toward them.”                                                            This is a story of ordinary people whose lives are forever damaged and the grief and guilt a teenager had to bear due to a moment of incaution.

Competing for top billing is Honolulu by Alan Brennert, and – a totally different genre – A Dog’s Purpose, by W. Bruce Cameron.

I met Alan Brennert at a book-reading at Orinda Books and have been a fan ever since. He weaves a heartwarming story in Honolulu about a young Korean girl who wants more in life than her confining birthright. Jin/Gem decides to become a “picture bride” and travels to Hawaii to discover her new husband is not quite how he presented himself and his life is certainly not what she imagined. Her existence is in the pineapple plantations and in canneries, where she toils – and triumphs – to better herself. As time goes on the Korean picture brides come together, help each other and finally climb out of poverty and lead comfortable and happy lives. Much research went into this accurate portrayal of Oahu. As a frequent visitor and a lover of Hawaii I really enjoyed this story as much as his Molokai.  Anyone who likes a good yarn will appreciate this novel.

A Dog’s Purpose by W. Bruce Cameron. This wise and magical book is about one endearing dog’s quest for his purpose through several reincarnated lives. A delightful dog story, but also at a deeper level it asks the age-old question, “why are we here?”  Bailey is astounded to find himself reborn as a boisterous puppy into the loving home of 8 yr. old Ethan.  This dog is a being so caring, affectionate and “highly evolved” he deserves sainthood, yet Bailey seems like a very real character. Does he exist somewhere?  He will make you laugh and cry and affirms that love never dies.  (Alas at least one of his lives is quite sad, but Cameron adapted a version for young readers which I bought for my granddaughter.)

Have you read any of these books?  Do you have others to recommend?

I’ll add a few other books I enjoyed this year in my next post. Meanwhile HAPPY NEW YEAR and keep reading!