This website/blog was started for my novel, “A PLACE IN THE WORLD”  (See Reviews and Awards below) however it has taken on an eclectic life of its own.  It embodies multicultural and environmental themes as well as other topics I am interested in.  Every week or so I post something (click on “Blog” on the sidebar to the left) usually related to these topics or on writing.

Here is a brief summary of the plot:

Alicia, a young American expat, marries Colombian Jorge Carvallo and they settle on his family’s remote coffee finca (farm) in the Andes. Educated as a biologist, she revels in the surrounding cloud-forest. However, following an idyllic year, calamities strike one after another and their marriage begins to unravel. Jorge leaves as a volcanic ash eruption nearly destroys the coffee crop and the threat of guerrillas and drug-lords looms; but headstrong Alicia refuses to budge and stays to salvage the coffee.

A woman without a country in a man’s world, the initially naïve Alicia survives by her wit and determination. A passionate affair ensues with Peter, a rugged geologist. She also forms a tight friendship with Carmen, the barefoot woman who has worked for the Carvallo family most of her life. Despite being separated by class and nationality, these two single mothers forge a strong bond.

The intricate web of events climaxes when Alicia finds herself in a life-threatening situation, ultimately forcing her to come to terms with herself and the unconventional life she has adopted. 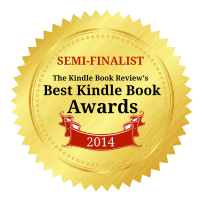 KIRKUS REVIEWS..the story of a young woman with no home and little connection to family..Alicia has lived all over the world,especially South America..she follows her Colombian boyfriend Jorge, to his country..becomes part of the Carvallo coffee farm and, after a series of calamities, ends up running it alone..In the midst of this familial and romantic drama are many compelling, detailed descriptions of the rainforest. MacKinnon brings to life the forest’s flora and fauna, the wildlife, and the tribal people..meticulous detail and knowledge of the locale bring a unique richness to the novel..

“A Place in the World” is a serene, affecting, and poignant novel by a gifted storyteller. This gentle, meditative novel ramped up the tension toward the end and morphed into a genuine thriller. The author created a world that was wholly realistic and honest. In fact, everything about this novel pulsated with authenticity–the place, the characters, the animals, the community, the rebels, the indigenous tribesmen, and most of all, the everyday drama…the sign of a genuine five-star story. I recommend it highly.
– Barbara Case, Emeriti University Librarian,  top Amazon reviewer

“Set down by fate on a remote coffee plantation in the mountains of Colombia, a young American discovers her deepest passions. The rainforest itself is the book’s most detailed and compelling character, and it’s this sense of place that holds Alicia most firmly ……..where her love for the people around her slowly comes to fruition. Gentle, moving, and elegiac, A Place in the World tells the story of a young woman who transforms an alien place into the home of her heart, and in the process transforms herself as well. “
Anastasia Hobbet, author of Pleasure of Believing and Small Kingdoms

An Award Winning Novel: This well-written, riveting plot captures strong elements of friendship, love, freedom, perseverance and endurance amid all the physical and emotional challenges, heartache and pain. The pages of this novel are filled with the beauty, the grandeur, the sights and sounds of nature in the Andean cloud forest which Alicia, as a trained biologist tries to capture in her notebook.

The characters are well-developed, their personalities adding depth and dimension to a story that’s heartwarming and emotionally-riveting. Alicia befriends Carmen, the Carvallo’s housekeeper, an illiterate, earthy Colombian woman with strong maternal instincts. Together they form an unshakeable bond that transcends class and nationality. At first Jorge Carvallo with an air of charismatic confidence is affectionate and caring, but is changed after an accident, becoming impulsive, argumentative and cold. In contrast Peter Shalmers a clever, amiable and nomadic American geologist is enigmatic at first, masking an infatuation for Alicia behind friendship. After her marriage splinters sparks fly between the two lovers and eventually Alicia has to make another choice in her life. The strength of this story not only lies in a well-developed plot and characters but in the sense of historical, political and economic change that affects Colombia and its people in the late 1900’s. It’s a fascinating and moving story that I loved. Wendy Believer, Goodreads

Read more reviews and buy the e-book at:

Also available with most other vendors and venues.

“A PLACE IN THE WORLD” is available in softcover at:

See some great photos of rainforests and Colombia visit: http://www.pinterest.com/CindaMac/boards/

P.S. People have written saying have been unable to “like” posts and pages. Unfortunately this is a flaw with WordPress (unless you sign on to WP). Sorry!   WP Does however accept all COMMENTS so please share your thoughts with us when you find a post or page of interest to you.  I Love to Hear from YOU and I always respond!

65 thoughts on “Welcome to my Website/blog.”