This photo post is inspired by photographer Norm Frampton who has a regular feature on his blog called  #Thursday Doors.  It hadn’t occurred to me previously that other people were as taken by doorways as I am; they can be interesting. 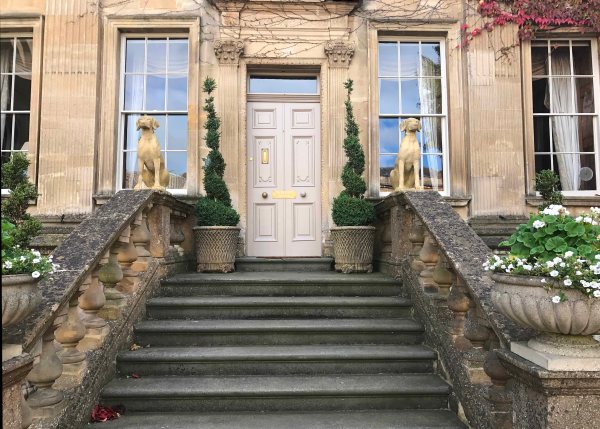 I  came across this handsome entry way (above) in a small town east of Gloucester, England. I wish I knew more of its story to tell you.  It shall remain a mystery ( unless one of you out in the world happens to recognize it).

Below is the doorway to Schola Moralis Philosophiae (School of Moral Philosophy) at the Bodleian Library, University of Oxford – not the main entrance of course. 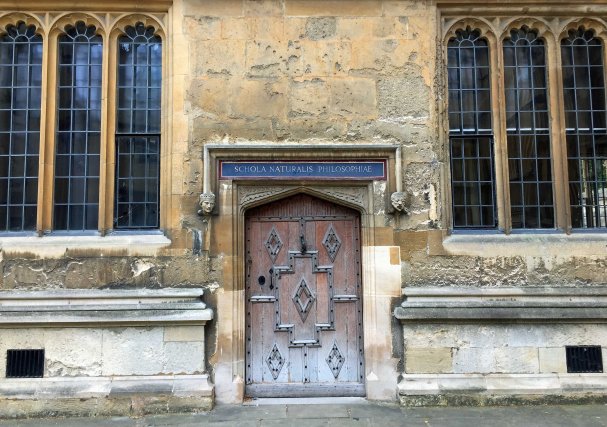 The Bodleian Library is one of the oldest in Europe.  Oxford University itself dates from at least the 12th century. The magnificent architecture of the colleges include some of the more ancient buildings  along with those from subsequent centuries.

7 thoughts on “A Pair of Ancient Doors”

LeWhy don't these Spam messages from OUtlook go to a spam folder? If I blacklist "outlook" will it take out real followers?ave a Reply Cancel reply